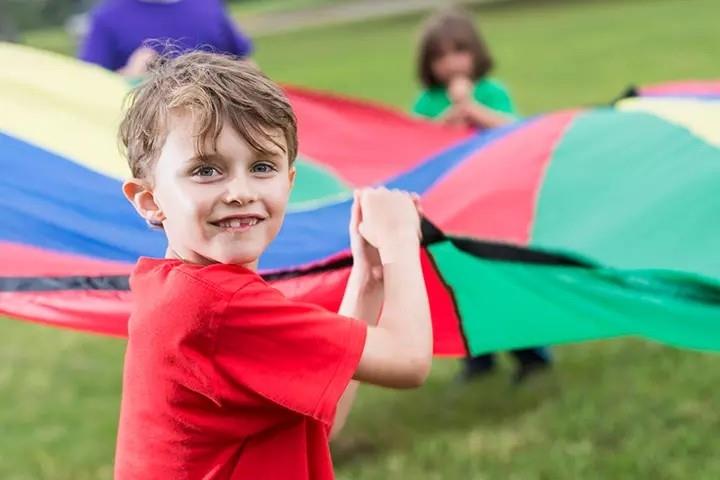 Nowadays, smartphones have taken over our world. Almost every person has a smartphone in their hand right now. Not just adults and working people have smartphones, even the kids nowadays have a personal smartphone. When we are at their age, we used to eat mud. Jokes apart, and this is something which is not a good thing, not only for their eyes but also for making them inactive and lazy as well.

It is essential to spend some time with your kids if you want to be a good parent and want them to be the right people in the future. They will absorb your actions and words and will be like a carbon copy of you and the environment in which they have grown.

Therefore it is essential to take care of them in every step of their life even a little bit of carelessness can result in a significant drawback. Sports and some small activities and games are the best things to spend some time with your kids and in addition to it kids also learn different things and also exercises as well.

Always be full of ideas when it comes to doing something for your kids. Kids are the bags full of curiosity and excitement, and what you have to do is to open them up as soon as possible. This will help them to find their goals and desires as well. Parachute games can be a helping hand for you to help your kids to have over-all growth.

We have some of the best games you can make your kids play with the parachute. This will make them excited, and they will all going to love them. These games can be played indoors or outdoor, depending on the comfortability of your kids. Remember, you have an unopened box in your kids, and this what you have to do as a parent. So, let us get to know what these games are.

This is the best game in our minds. This can be played with 5 to 8 players and a guide who will command the kids.

What you have to do is to make a circle of kids holding parachute’s corner in their hands. Make sure the parachute is tight and straight. Now, put a ball in the middle of the parachute. Now assign numbers to everyone.

The game is that you will say a number randomly, a kid with this number has to stop the ball from falling to its side, and the rest of the kids will lift the parachute to roll the ball down towards the kid who’s number you have stated. Once the ball dropped at the site of the kid, he or she will be out of the game or will lose a point. Kid with the most number of points will one. 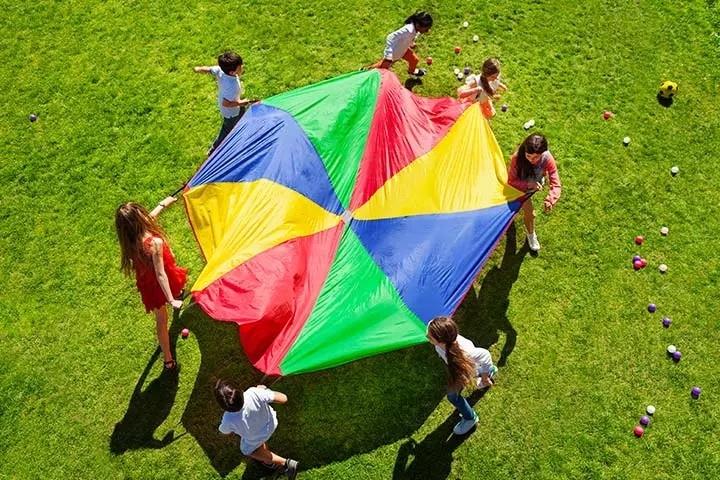 This one is also an exciting game, but make sure that no one falls as this involves some running as well with holding the parachute.

Kids will be standing in a circle, holding parachute in their hands. You will throw the ball in the air, and then the kids have to move them in such a position that the balls should fall in their parachute.

You can make two teams, and the teams with the most number of catches will win the game. 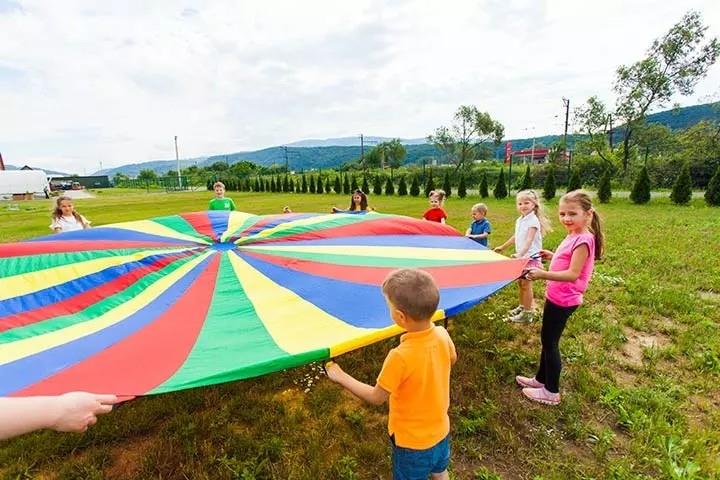 This game is as exciting as its name. This game is just like hide and seek, but no one will hide. You will need around ten kids or more to play this game and a parachute as well. Arrange kids in a circle are holding parachute in their hands tightly and straight.

Now you have to assign numbers to them. Now, you have to call a random number that kid will close his eyes. Now, two kids will change their positions once done; the kid will open his eyes and then have to tell which one has changed its position with whom. You can assign a time limit to make it more fun. 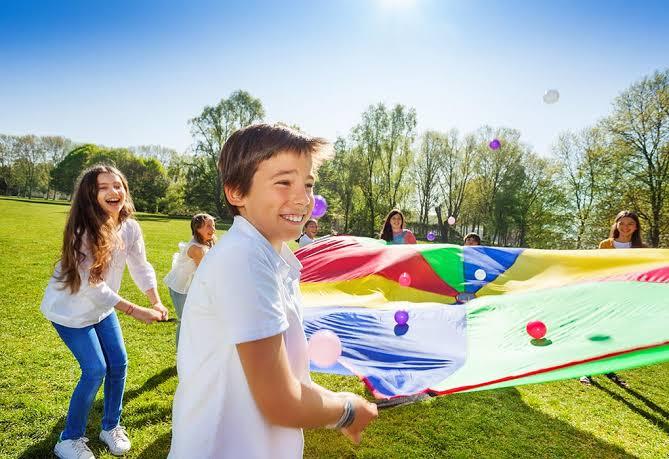 In this, you will require two teams. Both teams will stand holding parachute in their hand in front of the other team. Assign them numbers and make sure that both team’s numbers should be in front of each other. Now, call out a number, and kids from both the team have to make seesaw by standing and sitting alternatively. Whoever did the most number of seesaw without any disturbance will win the game. 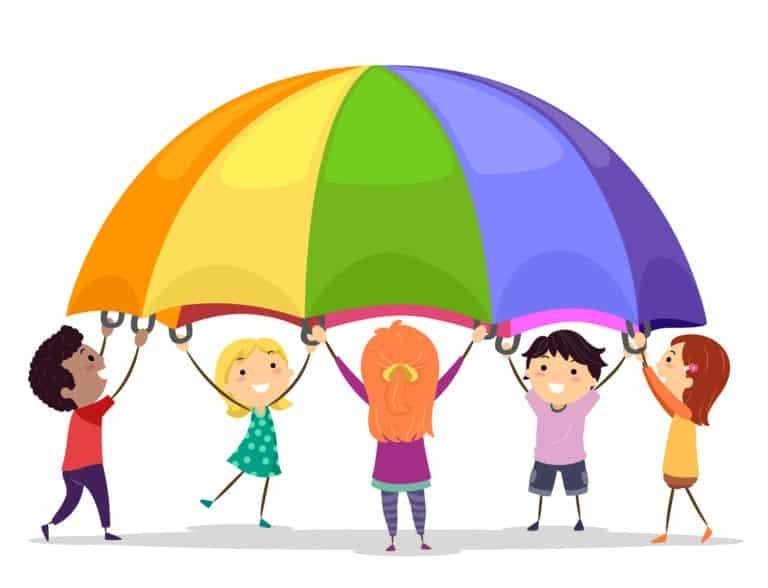 This is quite an effort taking game. You will require around 5 to 8 kids and a parachute. Stand them apart in a circle holding parachute from the corner in their hands. Make parachute tight and still. Now, tell them to sit, and on the count of 3, all will stand and will hold the parachute up as much as they can. This will make the parachute rise and will become like a tomb. 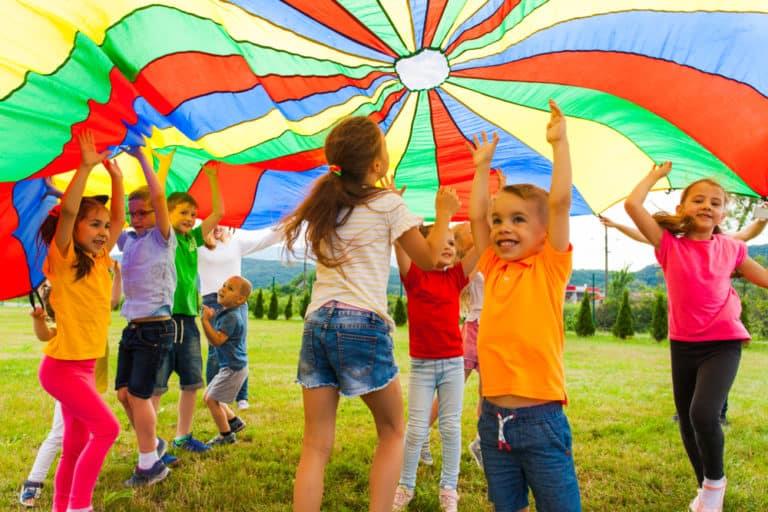 This will require two parachutes and two teams. The game is similar to the tomb. In this, you will have two teams, and the team which will make the tallest tomb will be declared as the winner. Now, you have to leave them with their imagination and ideas on how to make their tomb taller. If they somehow didn’t get it, then you can help them by telling them to take a step forward as this will make the tomb rise more. 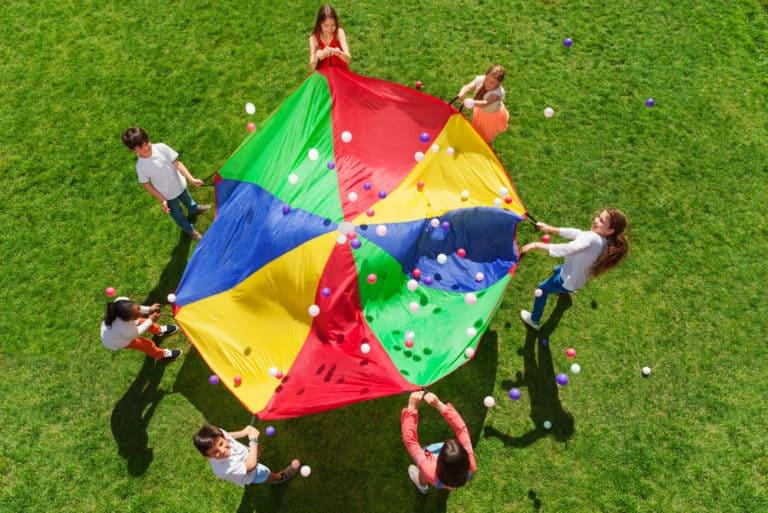 This is one is another quite exciting game which involves a lot of balls and a parachute. This will surely be going to make your kid laugh a lot, and they will all love it as well. 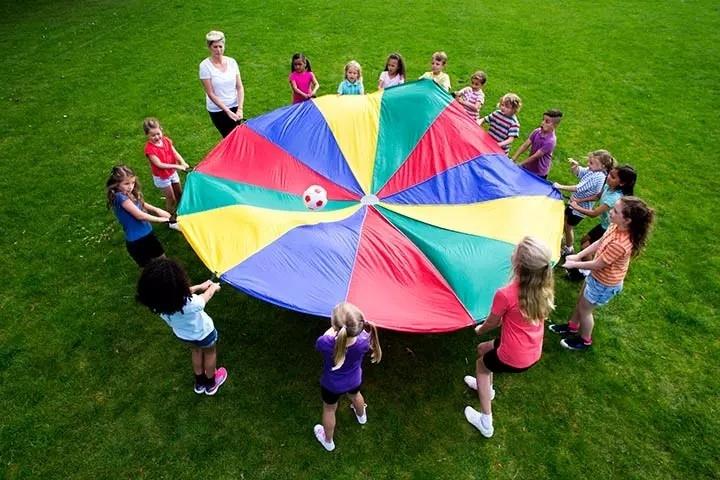 This game will make the kids think and help them to invent ideas rapidly. This will require a parachute having a hole at the center and any small ball. Now the kids will hold the parachute in their hand and will stand. Keep the parachute tight and straight and a bit bend at the center.

Now, ask every kid to roll the ball into the hole. Whoever completes it will get the point; otherwise, the ball will be passed to another kid. 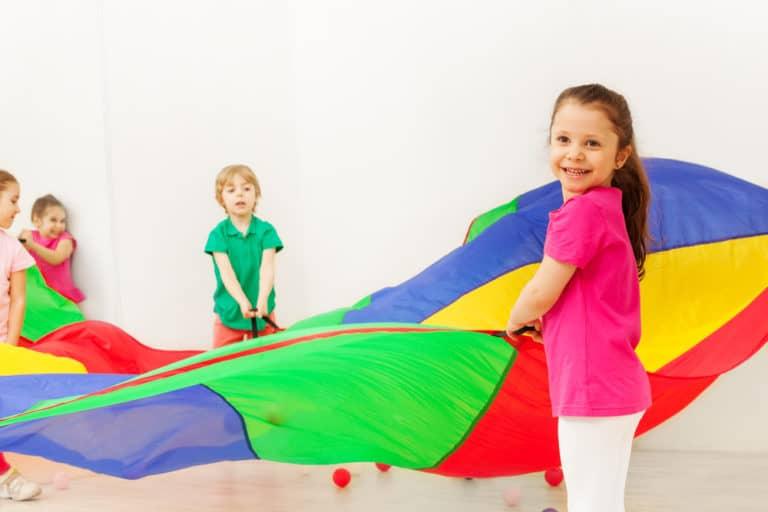 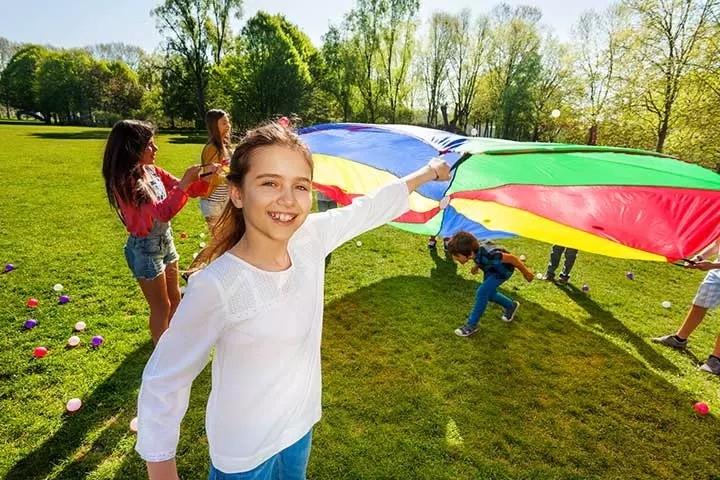 This game requires a lot of effort and hard work from kids; therefore, it will be an excellent exercise for them as well.

In this, kids will hold the parachute above their heads while standing, and you will assign them numbers. Whoever number gets called will have to pass the parachute from it’s under, and the rest of the kid will be caught him by bringing the parachute down on him. Whoever gets out without getting caught will get the point. 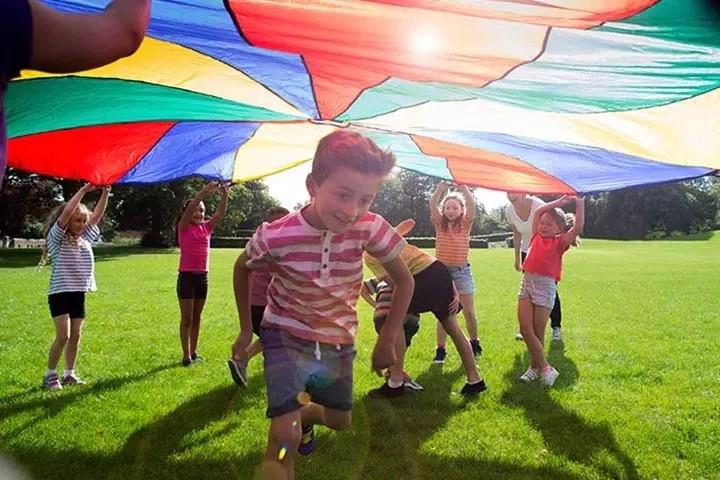 This game will require some kinds of stuff which you can arrange easily and can be anything. You can also play it in teams as well. What you have to do is to make a circle of kids holding parachute in their hands at the level of their knees or a bit low. Now place all the kinds of stuff under the parachute and assign numbers with prefix “agent” as this will add some more fun in this game.

Now, tell the name os the stuff to a kid, and he or she has to take it out from under the parachute in a fixed interval of time. Whoever completes the mission will get the point. 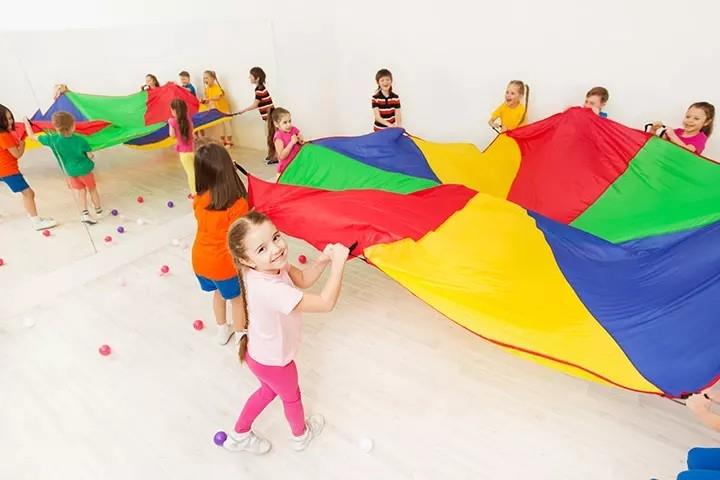 This game will require two teams and two parachutes. This game will be a pure adrenaline rush; therefore, make sure it doesn’t go long.

You have to make two rings of children adjacent to each other. Now, assign them numbers in such an order that when they rotate in the opposite direction, there will be kids of the same number at the place of contact between two rings. They have to rotate precisely to keep the same number of kids together at the point of contact.

Now, whenever kids having odd numbers come near, they have to switch their places. Whoever loses its speed will not be able to switch the position, and the points will be deducted. 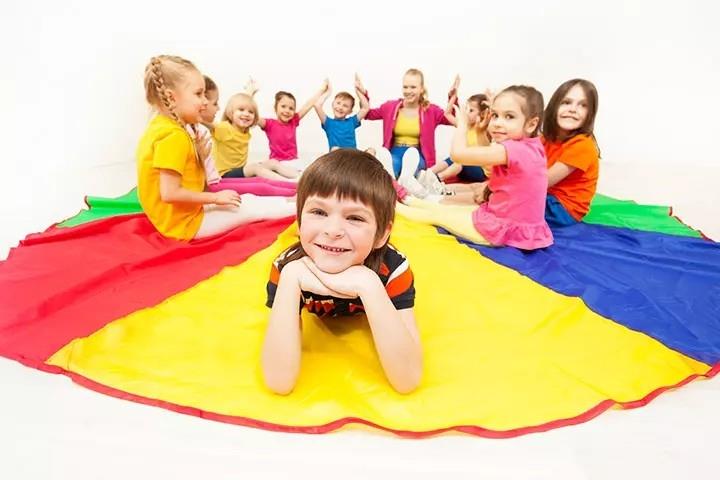 This game is the best example of learning while playing. In this game, you have to lie the parachute on the land bare. Now allow a kid to stand on the parachute. Now, tell them.to stand on whatever color parachute has.

You can instruct them like “stand on color left to the violet” or “jump on the color which is four after the violet one” and many more like that. This is going to make them learn and will also enjoy a lot.

Hopefully, these games will help you to spend some quality time with your kids. You can play it at the beach as well, where your kids will be able to socialize with other kids as well. All of this is going to make you good parents and a happy family as well. 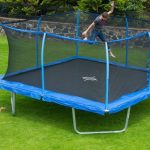 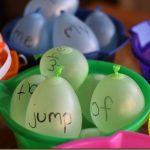 27 Fun Water Balloon Games to Play with Your Kids! 2021
Leave a comment 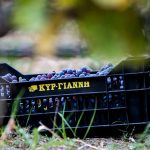 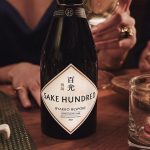 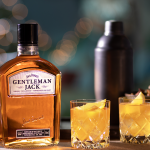 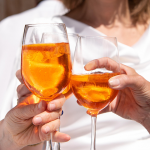 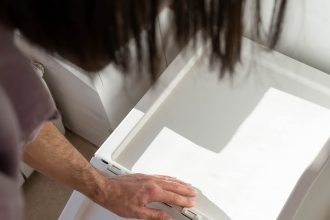 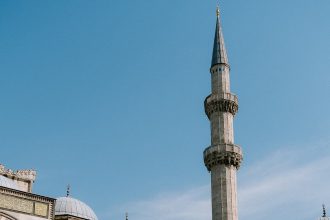 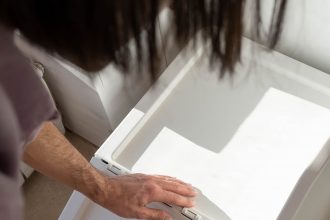 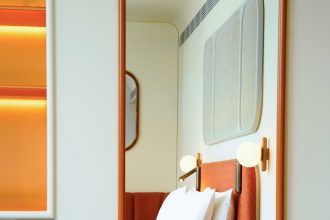